The urge to just get up and go will strike every now and then.

Sometimes he wishes he could completely shed his skin. All the idiosyncracies, the past mistakes, the repetitive thoughts that interfere at the most inconvenient of moments. Other times he just needs a temporary physical re-location when the walls feel like they're closing in. It hits him all at once and the next day he's driving out to The Pocano Mountains. One would expect a man who's been touring for months to just stay put and enjoy doing nothing in his apartment. He could shut out the world perfectly well there and just keep his phone on silent and stay in bed all day. He could, yet he still leaves.

There really is something about this sort of backdrop that instantly eases the tension he started to feel lodged deep within his bones. The tension that threatened to move its way up and wrap itself around his neck as he was gasping for air.

He remembers the first time going to a place like this with family. A place that was somewhat secluded from the rest of the world but right in the middle of nature, the smell of crisp rain and cinnamon awakening his senses. Everyone had their job to do so while his sister was raking (playing in) the leaves his brother was grabbing wood for the fire and he was tasked to clean up the shed. The minute they were called to dinner everyone dropped what they were doing so they could race into the house. At night, the cards and guitar come out. He can still hear Stuck in the Middle with You playing and joint laughter ringing in his ears. Lucy's being the most distinctive, of course. There was a feeling of such wholeness and he would later wonder if he took for granted. Should he have paused and overlooked everything unfolding to soak it all in more vividly, should he have taken more photos to add to the already vast collection, should he have voiced his appreciation out loud even more?

He then remembers the first time going to a place like this alone. There was something haunting about it. Solemn. The initial idea was for it to cheer him up in some way. He would be a solo traveler on his own emotional journey. Everyone told him it was a bad idea but he didn't listen because of course he didn't listen. The minute he stepped into the house, he could feel a familiar yet foreign sensation in the pit of his stomach. Foreign because now it was dipped in grief. Funny how memories will interlock and link and even the slightest connection can cause a sea of disruption to the regularly functioning system. His mind tells him to turn around, get back in the car and leave but his body won't let him. At home, he was caught between a sea of varying emotions: his mother put on a good front but standing outside her door was when he'd hear her sobs. His sister was inconsolable, his brother was far too composed. He found himself somewhere in the middle of the two but didn't allow himself to fully feel the weight of the situation.

Back then and in the seclusion of a house like this, in the middle of nowhere, is the first time he truly breaks down for his father. He experiences the fall to the floor, clutch your chest in pain, and yell until your throat hurts kind of crying out. He allows himself to completely give in to the feelings he's been suppressing, the feelings that have been so desperately trying to come out without any sort of filtering through them. There's no shield of defenses out here, not when the only person you have to refer back to is yourself.

After that night he continues to challenge himself to keep going to places like this. Every few months he'll do it until eventually that excruciating grief somehow switches into palpable comfort. Around this time in particular is when nostalgia especially kicks in and like clockwork he's off.

He places the vintage pocket knife on the wooden table, pours two glasses of whisky and looks out at the lake as a familiar Stealers Wheel song plays. 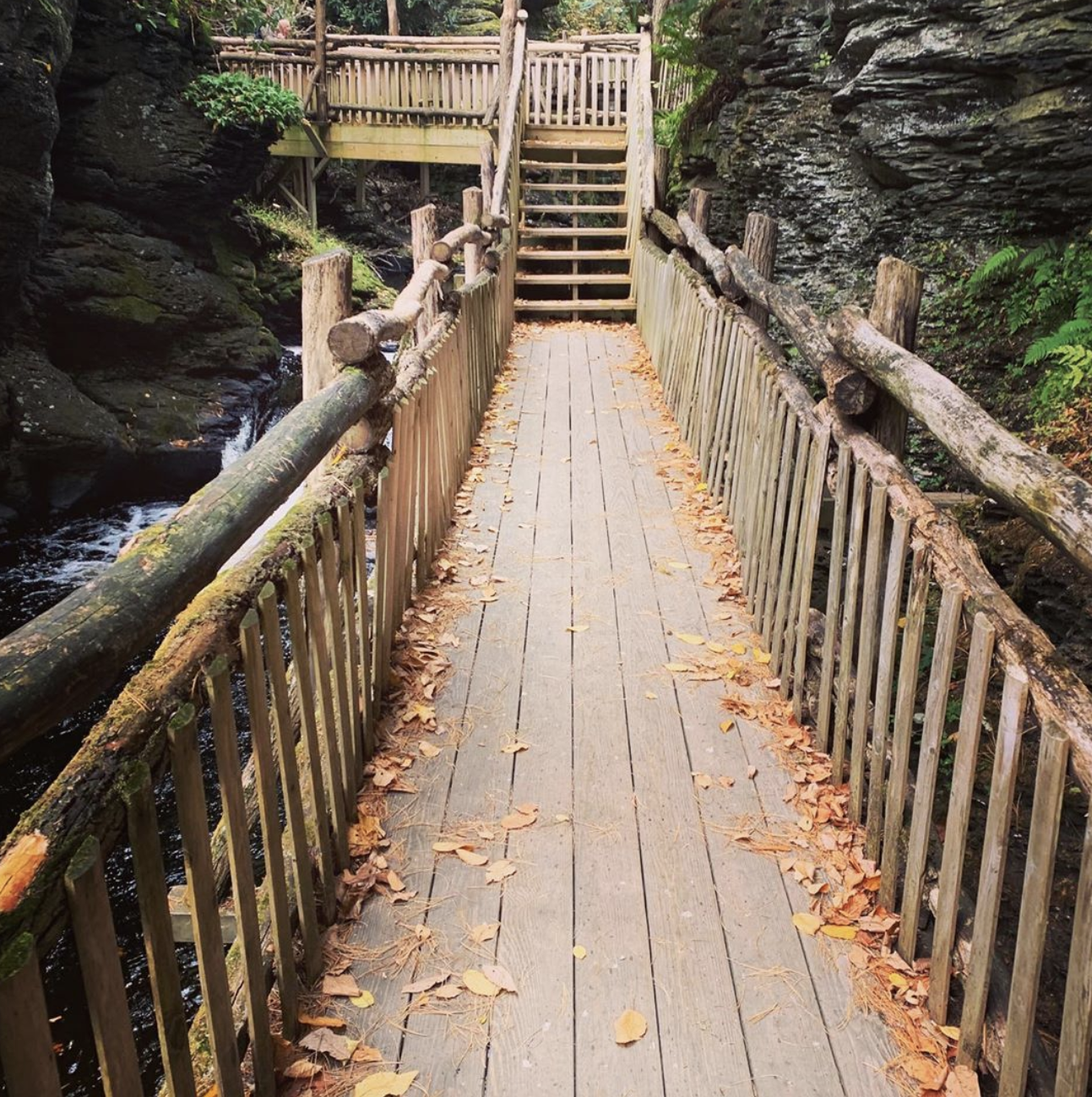 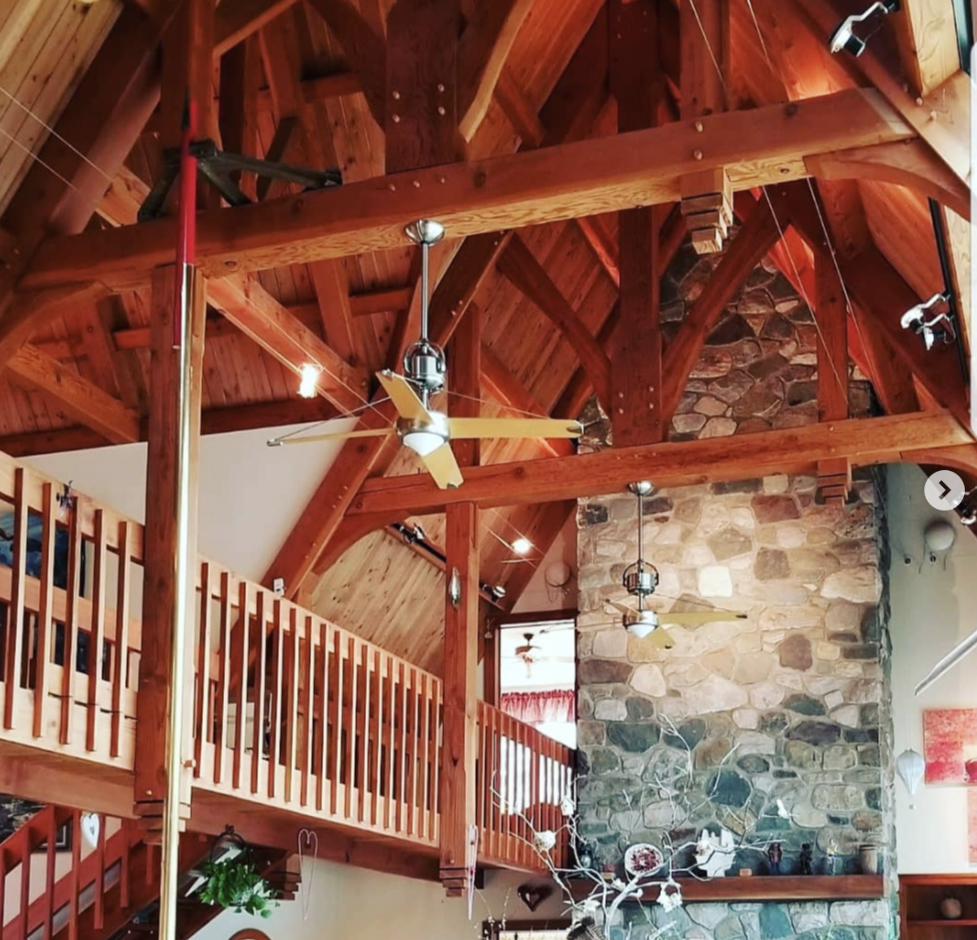 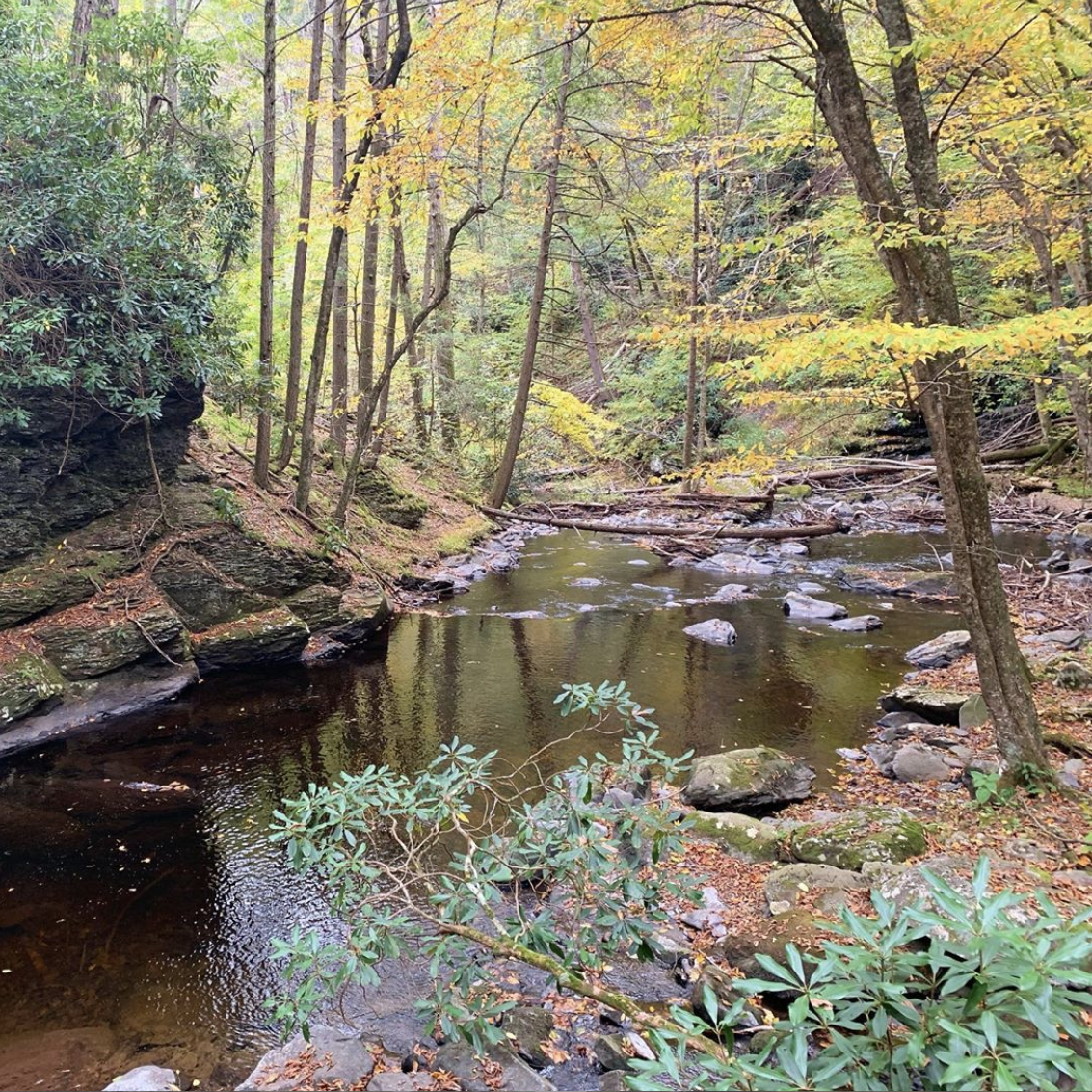 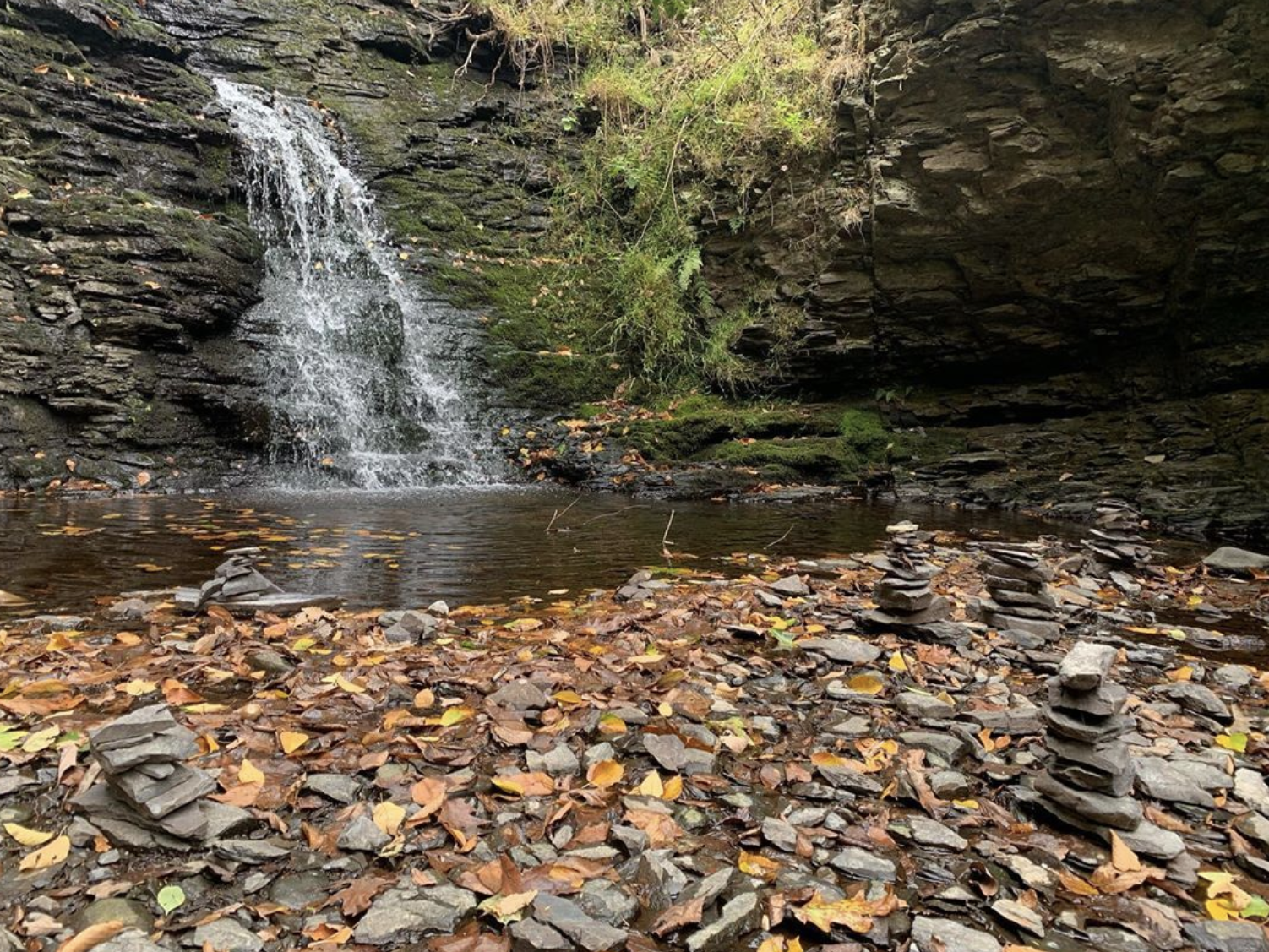 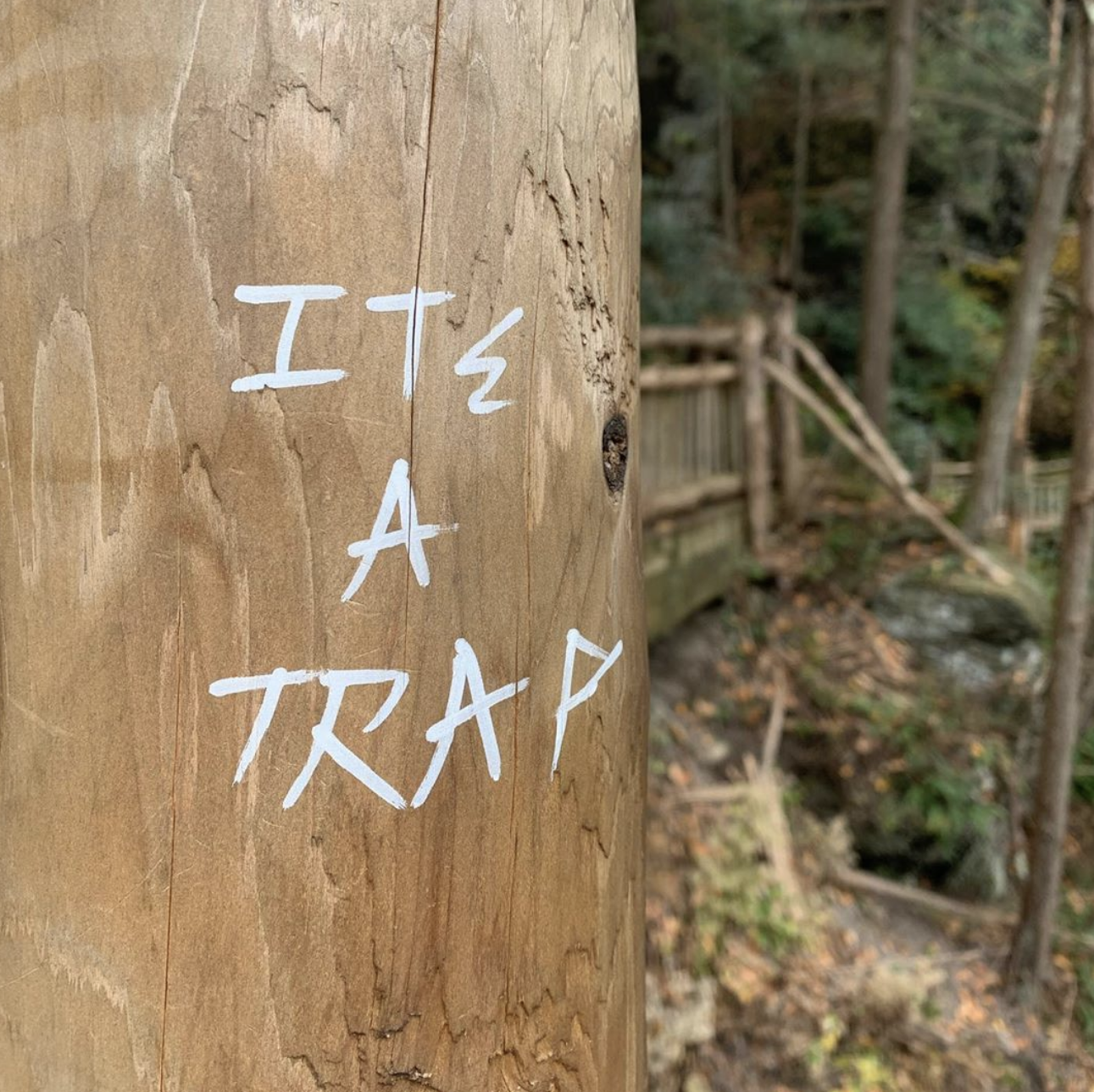 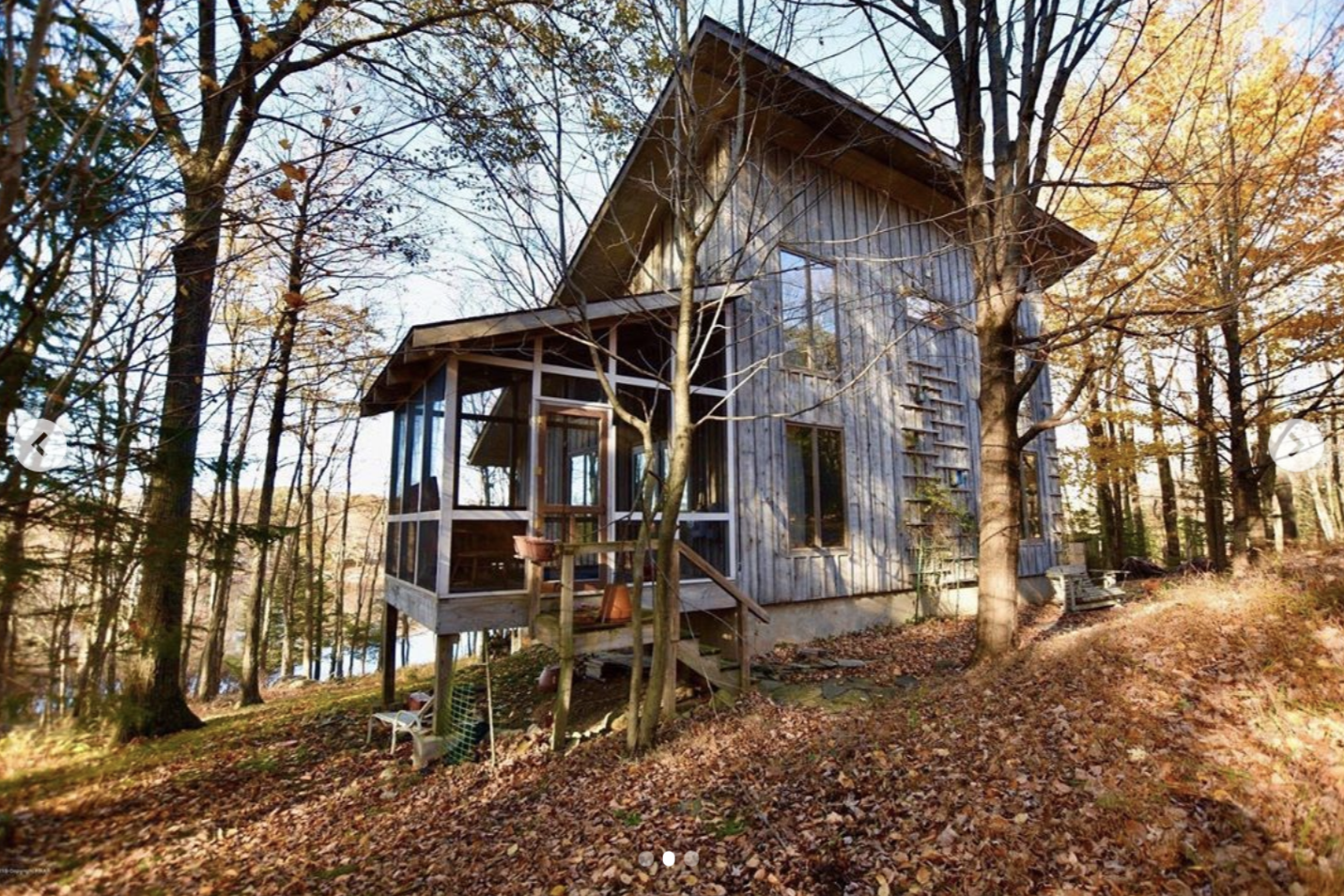 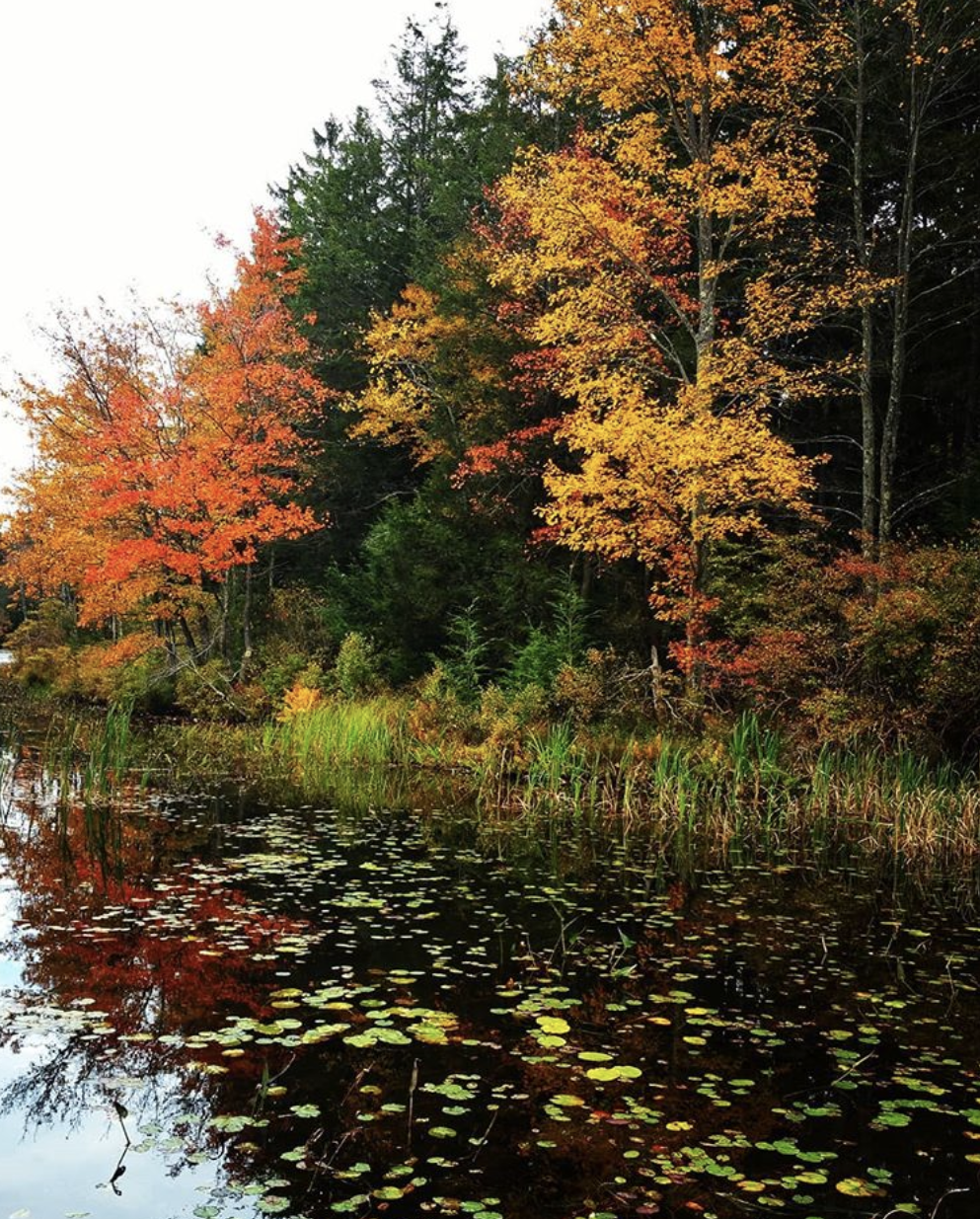 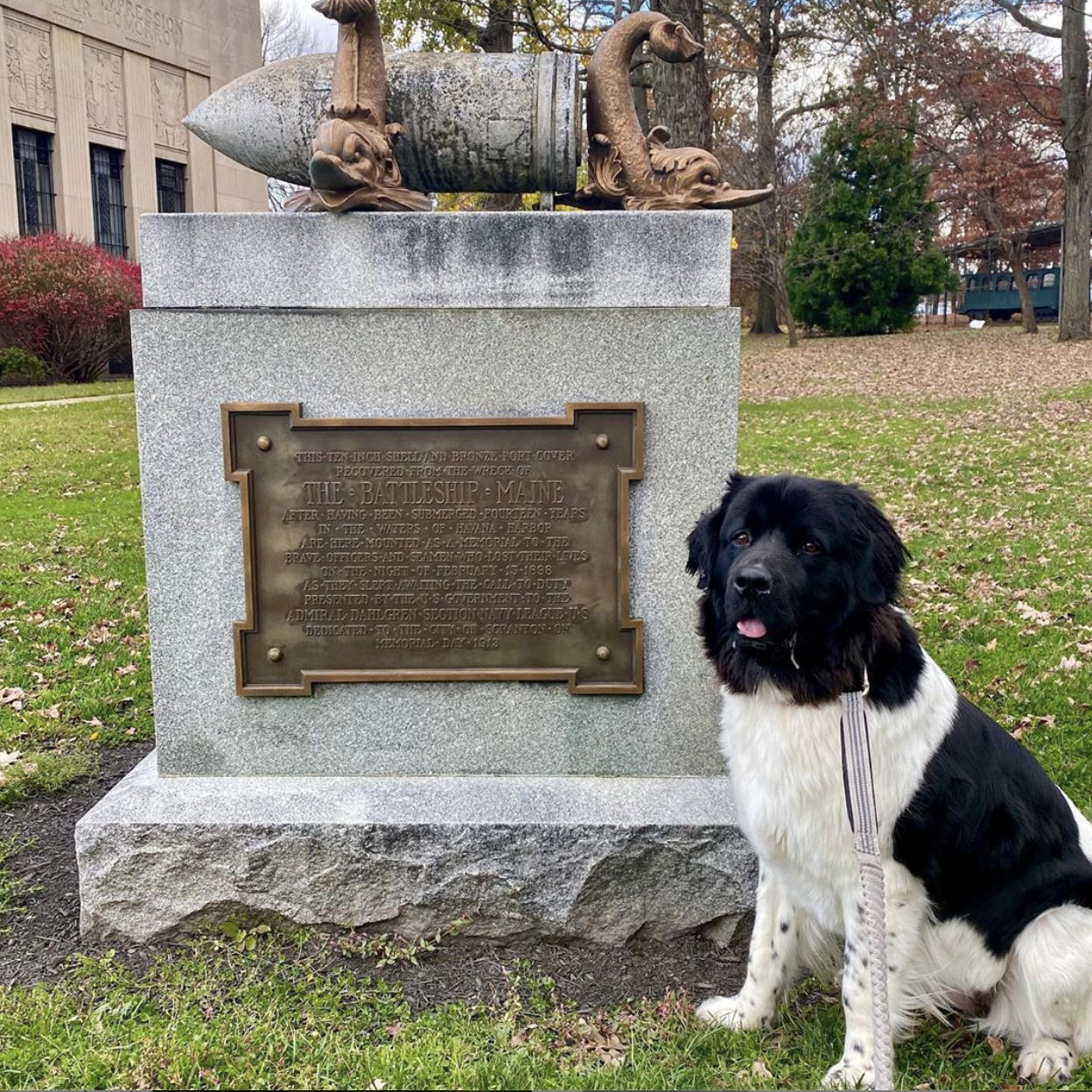 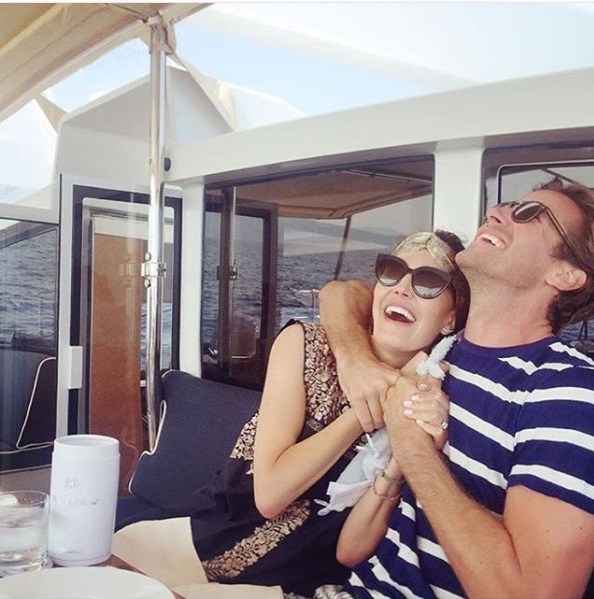 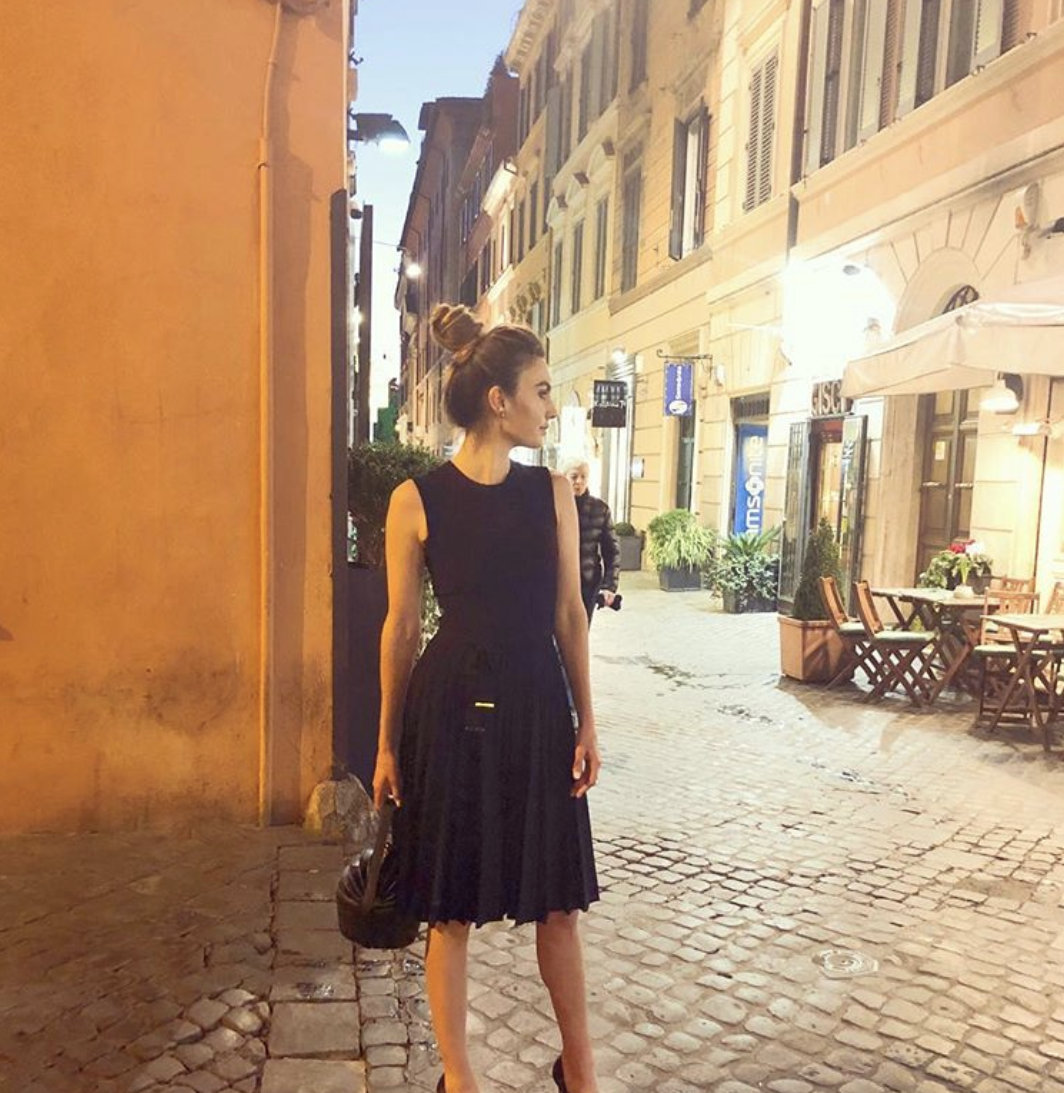 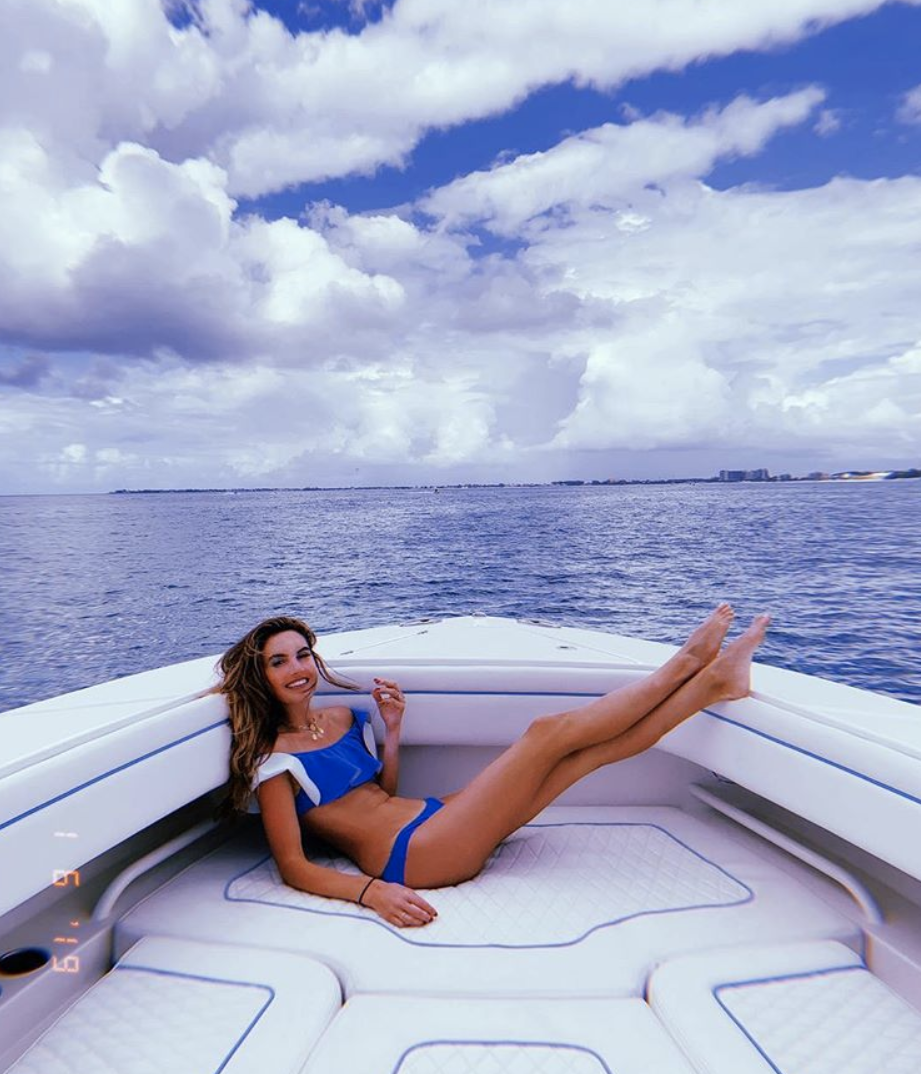 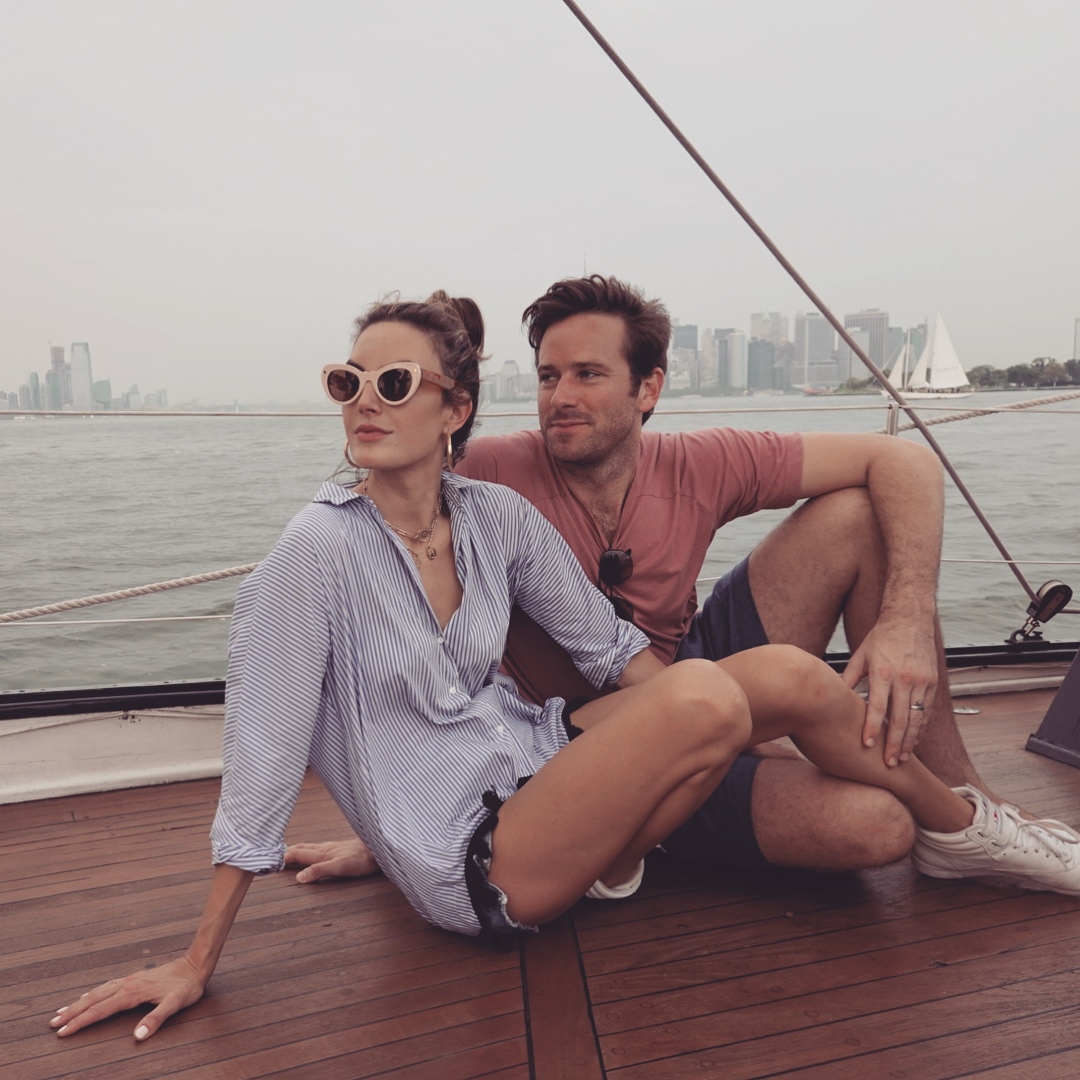 You need to fucking quit it, Milo.

Seriously. It’s not a joke anymore. This is my life you’re interfering with now. You know how I felt about you but circumstances have changed. You of all people should know that. Remember the last time we got into this and I was the one helplessly pawing at your door as you kept it shut? Yeah. Please just... stop. I was going to ignore your voicemail but I figured I might as well send you this so you don't send another. I don't want you to. I know we play this song and dance but this time I'm serious. I’m over it, I’m happy, leave me alone.

Guessss whaaaaaaat? I just got time off work and I'm doing a little Europe getaway which means I'm also going to bombard you for a part of your tour! How exciting for you and everyone else! Oh, and I think maybe Caro and Nadia are coming. Mason's going to try and get time off so he'll be hanging out too. I already can feel your look, shove your look the hell away from me, because yes we worked things out. [giggles] Oh and he just came downstairs, he says hi. He's here. Ummm, so that's about it. Just want to let you know I'm going to book my flight right after I hang up so it's official. Hope you're having fun on your mountain man duties and just call me when you've reentered civilization so I don't assume you've been eaten by a bear. Byeeee, talk later!

- I honestly don't know how you're so chill attending these fancy fuck events. I want to die.

- Or do you just need to give me your weed hookup? I'm stressing hard.

- That alumni thing, I told you about it right? I definitely did because I was having panic attack number 7 about it and went through a panic attack breakdown where I probably messaged every person on my contact list about it.

- Listen I know you didnt "officially" graduate but I think you're still "officially graduated" according to the laws of life, and you were invited, so you sure you don't wanna come hang?

- I almost forgot you're doing that thing you do when you go away and you ignore everyone. You're literally the perfect horror movie target because we're all thinking you're not answering because you're being one with nature or some shit but really some mute axe murderer is holding you hostage. ANYWAY, HAVE FUN.

- Wait what if Julia's here? Yeah, THE Julia? What about Elias? Fuuuuuuuuck my liiiiiiiife

So how's your trip to the boondocks going? How's our fav monster in law? Behaving for once?


It's going well actually! Really beautiful out here, I have to say. Monster in law is still monster in law. She made sure to drop in the fact that Danielle is expecting baby number two. While glaring right at me. She wants kids from us so badly and it's making me want to wait even more, I swear. We actually had a really good night out and you won't believe this but some guy paid for our dinner tonight.


The waiter comes over and tells us that someone paid for our meal. Obviously John's dad is John's dad and he's refusing it thinking it's a mistake and the waiter finally points over to this guy sitting alone. John's dad is still fighting with the waiter because he doesn't want them to yell at him for dine and dashing, John's grandma is falling asleep at the table so he and I go say hi to this guy - also he is cute by the way, looks around our age - and I guess this guy just said it was nice to see a family all together having a good time? So he wanted to treat us. It was really sweet and John's dad kept insisting he come sit with us for dessert so he did. Crazy right?? Guess I have to pay it forward now.


Oh wow, that is really nice. Only thing is next time a cute stranger pays for your dinner be sure to pass on my number though 😏